The Becks Enjoying Tennis with a Mystery couple

As it is too hot for me to garden and Wimbledon is on, so I thought I would show you some photographs, with a tennis theme.  I do not take after my Grandmother (May Beck), I can’t hit a ball and I dislike tennis!  By looking at the photographs both May and Grandad Beck played tennis and it has been difficult to choose which photographs to show you.  These are all showing a mystery couple, well at least to me.

The first photograph must be special as it was in a frame, it shows Rebecca and Grandad Beck on the left and May Beck on the right, but who are the other two?  I am hoping someone in the family will recognise them.  As this was framed we can assume they were close to the Becks. Most likely one of them is a member of Rebecca or Grandad Beck’s family. It is likely these were taken between the end of WW1 and May’s marriage in 1925. 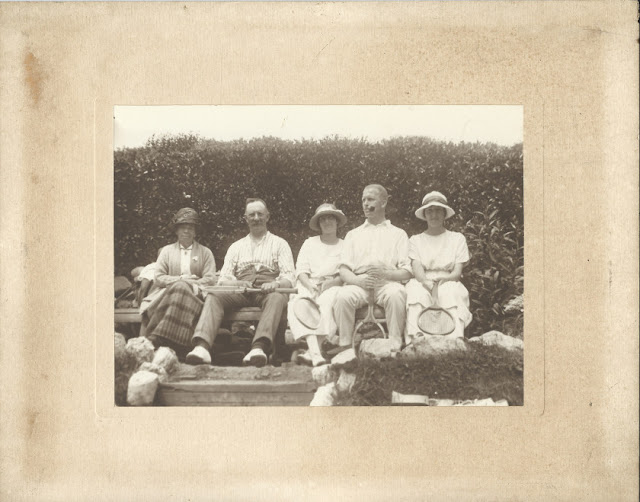 Another photograph, taken of them on the same day, this was also in a cardboard frame. I have no idea of the location. Weymouth is one thought or the Beck’s could be on holiday somewhere else. 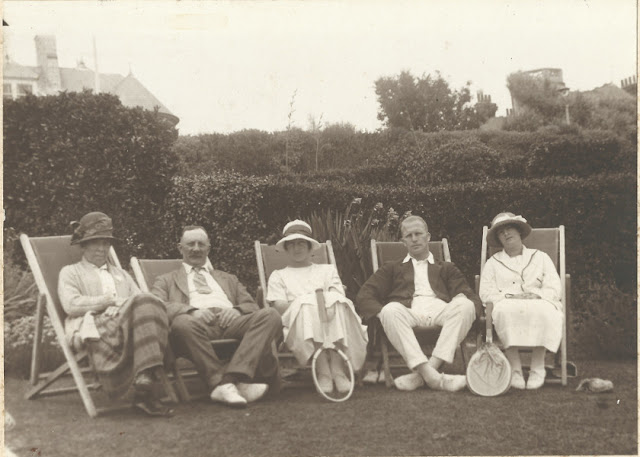 This photograph shows another young man, probably the photographer of the above photographs, with Grandad Beck taking this one. 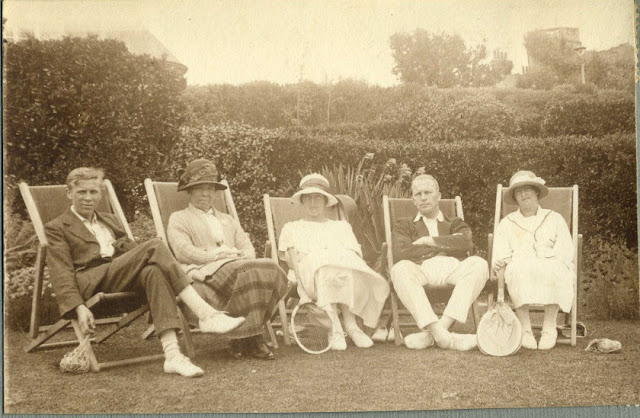 This is the same 4 young people most likely on a different day - well different clothes. I think they are on holiday.

This image shows my mystery couple with May and Rebecca Beck in winter clothes, suggesting they met more than once. As Grandad Beck isn't in the photograph I assume he took it. 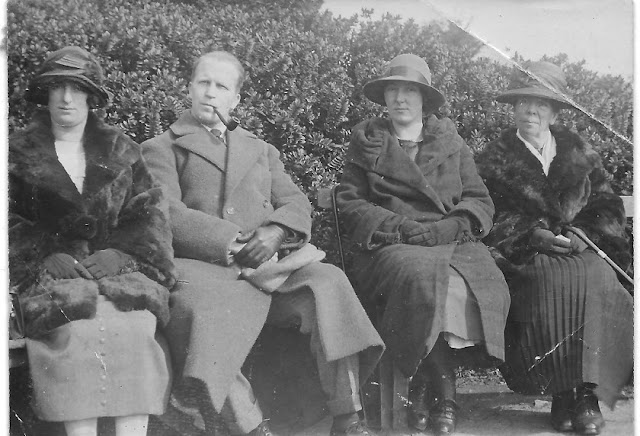 Can you help identify the mystery couple or the gentleman in the third and fourth photographs? I have more tennis related photographs, let me know if you would like to see them.

Will it snow this winter?